I have three dream jobs. I fantasize about each of them in waves. Sometimes I’m really into one of them. Other times I’m obsessed with another. I would accept all three at the same time! 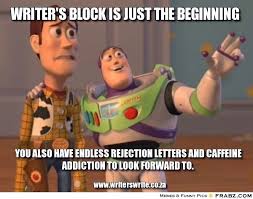 Not just any novelist. I still want to be any novelist but to have it be my only job I’ll need to be successful. I want to write empowering books. The kind of book that makes you believe in love and the kindness in the world despite all the terribleness out there. A book where the characters feel real and you can relate to them and no one saves anyone. This doesn’t make me sound very literary. I don’t have high hopes of writing a novel that makes you question your existence or the existence of God or really changes your life. I want to write a book that you read curled up in a big armchair with a cup of tea or a glass of wine near your fireplace. 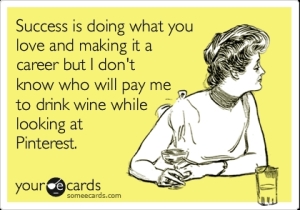 I don’t actually know a great title for this dream job. It would involve a lot of creativity, Pinterest and Etsy. I love to make crafts, knit, sew and so on. If I could make a living out of doing any of these things I would love life. Currently I’m not actually good enough at any of these things to charge for them. One day… 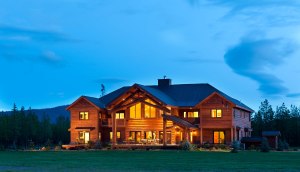 The places I’ve stayed while traveling have been a huge influence on me. A great place to stay really shapes your trip. When I was in Australia the hostel environments, cleanliness, and location often were a huge factor on how much I liked a particular city or area. My dream bed and breakfast is somewhere quiet but convenient. It has lower rates so that even young travelers might be able to afford it. It has a big wide porch and a garden that I use for the breakfast. The rooms aren’t kitschy or themed. They’re comfortable and clean. In the evenings guests like to sit on the front porch and drink wine. We meet people from all over the world and hear their stories.

I think I would also be happy just making pies, if that’s an option. 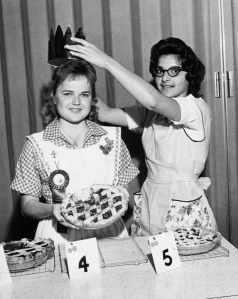 Have y’all checked out Mike and the Moonpies’ new music video? It’s pretty awesome. Also, I’m in like the last 3 seconds of the video. Pretty impressive right?!

Also, in case you haven’t heard congratulations are in order for Mike and his girlfriend, Chase- they just got engaged!.. not before their cruise ship broke down.

There are some weekends that I really feel like I am taking Austin for granted. I don’t take advantage of any of the Austin activities or beautiful places. I just do normal weekend things, like errands. Terrible.

Not this weekend! Friday I went to a CD release party at Waterloo Records(can we say Austin icon?) sponsored by Koke-FM for Mike and the Moonpies. The Alaskan boyfriend lived with a couple of the guys from this band last year and before I worked a crazy work schedule I stayed out way too late watching the Moonpies play at various Austin venues. They are a great band for two-stepping and fun to watch in general.

Saturday, after I finished getting supplies for my Halloween costume (denim shirt and red lipstick-looking good Rosie the Riveter!) we hit up the “Gettin’ Sauced” BBQ festival at Hops and Grains brewery. I don’t think I’d ever had one of their fine beers before but I am a fan now. They were giving out 3 free beers at  the brewery that I’m guessing were 2o oz each. B-I-G fan. Delish. We also got some free swag just by walking around and talking to vendors. For $10 we couldn’t eaten a lot of BBQ but at the time we thought we’d save our money. Mistake.

We decided to continue our journey by bus to Independence Brewery where they were having their 4th anniversary party. Their cups were significantly smaller, but their beer delicious.

Sunday started with a visit to Frankenbike. Frankenbike is a swap meet for bikes, parts and accessories. Today was at Clown Dog bikes and featured all sorts of great parts. I didn’t end up buying anything although I saw a great bike jersey. It was very plain except for the bike where it reads “You’re still behind me.” I could use that.

Next stop: Texas Book Festival. The two authors I really wanted to see cancelled which was a real bummer. Instead of seeing any authors speak we just walked around and looked at booths. Not quite as satisfying but I still enjoyed being around so many people who cared deeply about literature. I mean those folks are people whose livelihood or at least passion depends on books. To those people, I admire and envy you. I wish I could maintain passion for anything well enough to have some follow through. Currently, even my blog is clearly suffering from a lack of dedication. Also, the fact that I’m currently battling with my Internet. (I’m losing.)

So, this weekend I’ve taken full advantage of my city. I hope wherever you are, you have too! 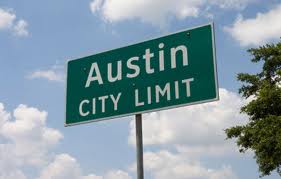 If you like country music at all, definitely check out The Carper Family and Mike and the Moonpies. They were mentioned on CMT as country music to check out during SXSW! Congratulations guys!

Both videos were shot by John Donofrio (although I don’t think the second one is considered finished yet). Note the Mike Judge cameo in the Moonpies video! 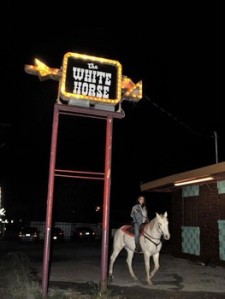 I am a fan of all things East Side Austin. Current fave music venue on the east side is definitely the  new and always packed White Horse. Hole in the Wall regulars followed their favorite bartender Dennis O’Donnell to his new bar (as in he owns it, not just tends bar), White Horse. This place has been packed from the git-go. I went the first night they had liquor (actually not the first night they were open strangely enough) and was instantly charmed by the comfortably large dark space. I watched two separate ceiling panels fall on customers but each of these incidents was handled quickly and with whiskey. Since then the ceiling seems to remain in tact. Better luck next time, folks.

For a crowded place, it rarely feels uncomfortably packed. There’s a small but good selection of beers on tap as well as bottled beers. Lonestars and whiskey rule the roost. The dance floor is kept busy with two-steppin’ fools and other follies. Check out regular players: Mike and the Moonpies  or Rosie and the Ramblers.

This weekend I was lucky enough to see White Ghost Shivers. I think this video speaks for itself.