One of the disappointing parts of moving when we did, in the early fall, was that we weren’t able to see our garden through to the full season. We left green tomatoes and ripening peppers and a basil bush just waiting for pesto. We invested a lot of time and money into a project we weren’t able to see all the way through. Despite that it was still a good experience and we learned a lot. Mainly we learned there is a learning curve in gardening. A big one.

This year we’re approaching things a little differently. I refused to consider the possibility of an in-ground garden after the insane amount of weeding I did last year. Also, we thought our old yard had sandy soil but we might as well be at the beach in this house. In the end, after a lot of back and forth, we decided on two 8′ x 4′ garden beds. I was talked down from making them 24″ high like the ones we built at LINC last year for Work on Wilmington. Those were some awesome garden beds. When I actually saw how high 12″ is though, I was on board.

These are not the exact boxes we built but we did base ours off these. Photo Credit: K.J. Williams

We lined the boxes with weed cloth and put a layer of leaves in before we piled in our compost/top soil. We bought it all mixed up already from Seaside Mulch. We bought it in bulk instead of bags which saved us a lot of money. 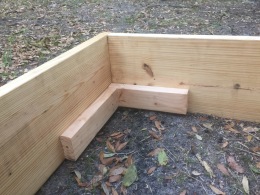 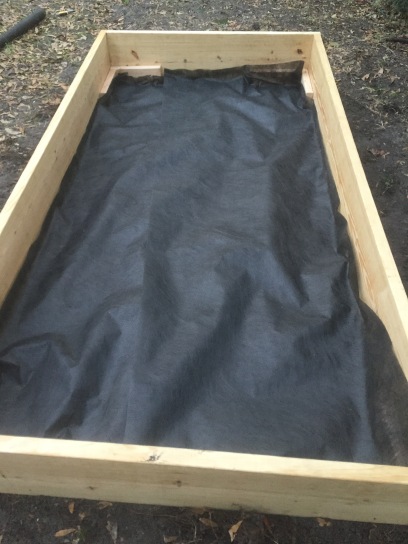 What we should have done differently: Our very next action after building the beds should have been to protect them from their number one enemy- our dog. Clara was delighted to leap through the bed on her way to the fence where she chats with other dogs and also to dig up my seeds and freshly planted baby broccoli plants. So much fun!

After SOMEONE insisted there was no way Clara was going to dig in the garden again after she’d gotten in trouble for it, she did it again many more times. I won, he built me a fence. It’s pretty basic, just plastic mesh zip-tied to rebar poles. We* used sod staples to secure the fence to the ground.

*Please note when I say “we” in the same sentence as “build” or something similar I typically mean Tyler. “We” built garden beds, “we” used sod staples, etc. On the flip side when I say “we” planted or “we” weeded, I just mean me. 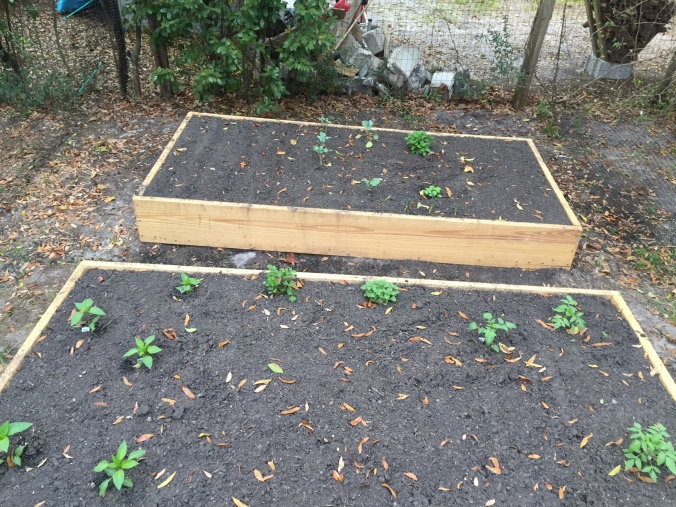 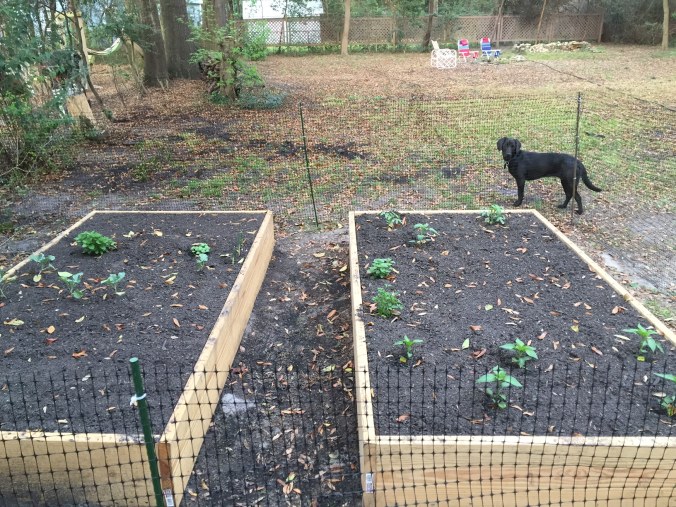 Now we’re down a few broccoli plants (but how much broccoli can you really eat anyways?) and I’ve planted new spinach and beet seeds, along with tomato, pepper and herb plants. We’re trying not to plant so many different things this year. Trying is very hard for me.