Before some trips I spend a considerable time researching the area. I try to find out about the history of the place and get an understanding of the local culture- as best as a person can from the internet. I consider picking up a book featuring the location to really get me in the mood.

Other times I just go. For this trip, a family vacation with my husband’s family, my mother-in-law and her husband had organized everything. We barely had to plan a thing! We walked into Belize with nothing but a few preconceived notions based on little to no information.

Things I didn’t know about Belize:

Belize is expensive. We were all really surprised by the cost of things. Tyler’s mother and step-father generously treated us to many meals and activities. We would have a lot more sticker shock otherwise! Also prices are typically (but not always) listed in Belize dollars but most vendors accept US dollars. In fact we once paid for an item with Belize money but got change in both Belize and US dollars. It’s a little confusing. At the time of our visit you could easily figure out the US equivalent price by halving the sticker price.

So much amazing snorkeling!! I had heard that Belize was an unparalleled dive spot but I was surprised to find out that the snorkeling was limitless as well. In fact I was a little worried. My husband has been desperate for me to try diving and I feared this was going to be a situation where I had to give in. But never fear! Snorkeling galore! We booked two snorkeling trips with Ecological Divers. One took us to a portion of the Hol Chan Marine Reserve and Shark Ray Alley. Another to Mexico Rocks. Hol Chan Marine Reserve was majestic, albeit a bit crowded. Shark Ray Alley was unnerving with nurse sharks swimming all around you hoping you’re going to feed them,  but it was still an amazing experience. Mexico Rocks was by far my favorite. Here we saw squid, a moray eel and a sea turtle came right up to Tyler- only inches from his face! It was incredible. 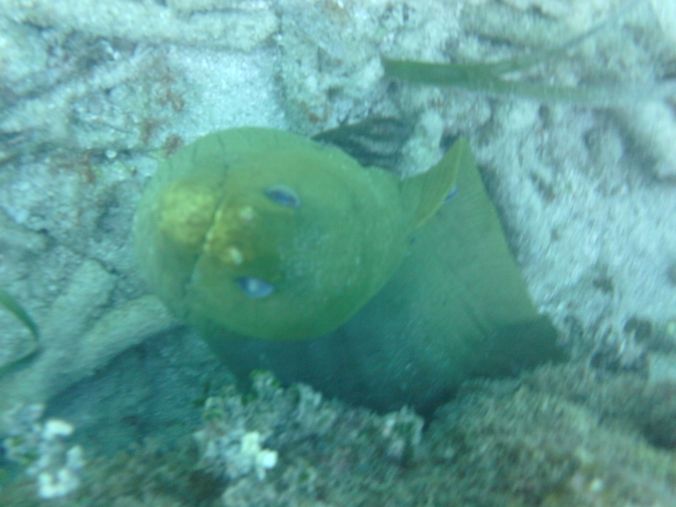 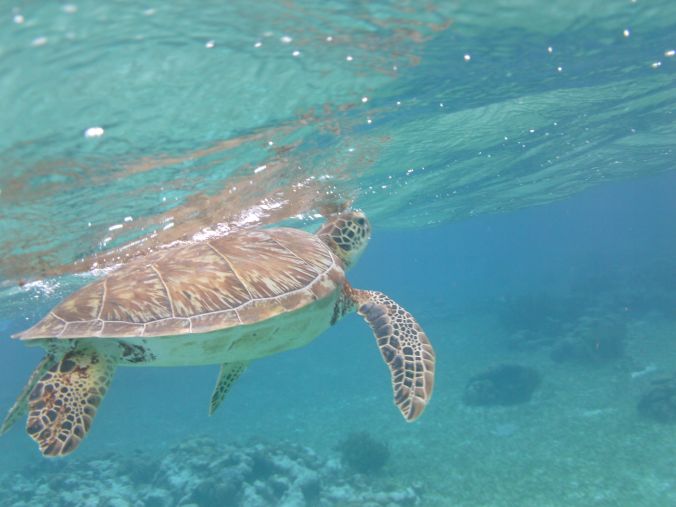 I have to say that snorkeling started out pretty rocky. We went out one day on our own and the water was rolling enough to make it hard for me to handle it. I teetered constantly on the edge of feeling seasick and often felt like I couldn’t get my breath. After practicing in the calm waters by our condo I felt a lot better, although I still chose to don a light jacket around my waist on our trips. I felt like a baby duck but I kept up a lot better. 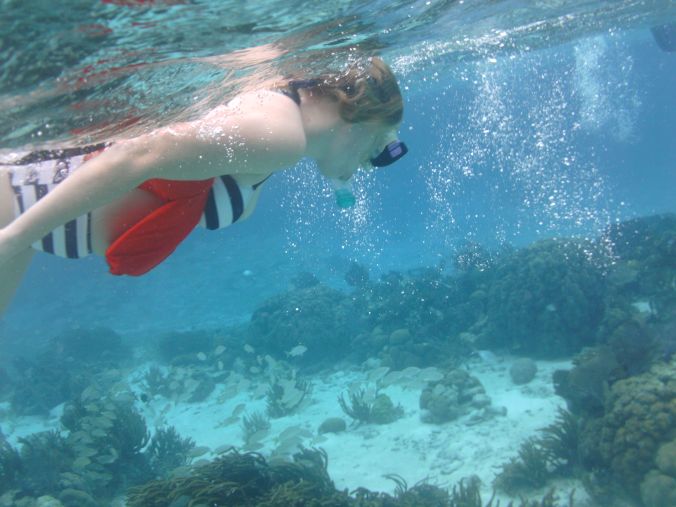 One thing I was not prepared for in Ambergris was how fantastic the food would be. I was looking forward to the possibility of eating fresh tropical fruits but I hadn’t really thought beyond that. We started each day by taking turns making a massive breakfast feast for our group. We had local breakfast sausage that was different but flavorful and delicious. Natalie and I made French toast with cinnamon bread from the bakery down the road. Every breakfast had fresh pineapple, papaya and bananas. Bananas may seem boring to you but these were fresher and sweeter than any banana I’d ever had.

You can’t buy fresh produce at the grocery store. You have to stop at a fruit and vegetable stand, which are big tents or little hole in the wall shops with big trays of fresh cheap fruits. So delish.

Definitely get the red snapper or grouper. My shrimp scampi was delicious but my food envy was pretty out of control once I tasted the fish. It had a light crispy coating that I will never be able to duplicate. We tasted Belize’s only craft beer from Island Time Brewing, as well that evening which was very light and incredibly carbonated. Worth a try, but you probably won’t order two.

Life changing. You have never known such an amazing smoothie. You think I’m exaggerating but that’s not possible. It was the best thing I’ve ever had. It was thick, but never hard to drink through the straw. It was creamy and flavorful. We tried watermelon and coconut, pineapple and coconut, papaya and pineapple, kiwi and pineapple. I would recommend that even if you think your drink is similar to a pina colada that you decide against walking to the bar and putting a shot of rum in it. It will ruin it and you will want to kick yourself. 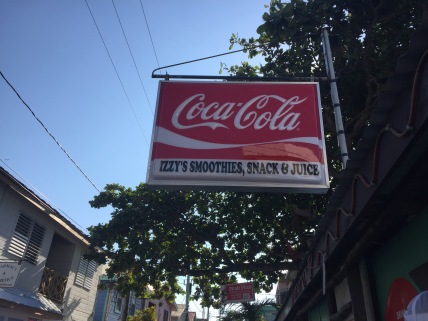 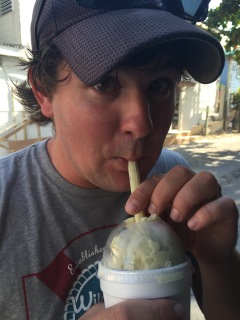 Don’t eat here. You’ll think it’ll be fun to have Tex-Mex in such a random place but on an island with ample choices of beautiful seafood, just eat somewhere else. If you decide to eat here anyways, go with the fajitas or the chicken fried steak. These were considered the better choices in our group.

I actually ate here twice. In those two trips I was able to try the coconut shrimp curry (flavorful but not spicy), lobster salbutes (Who knew that lobster on a fried pastry with coleslaw, tomato and pickled jalapeno was a thing! Sounds weird but eat it right now.), conch ceviche (could not stop eating this), and shrimp creole. The shrimp creole was my least favorite but I should say that I ate every last bite of it, so I was still a big fan. We also drank the most refreshing “minty lime” daiquiris. I was skeptical before ordering… and then I drank two. 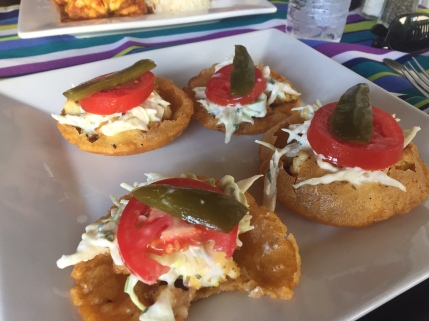 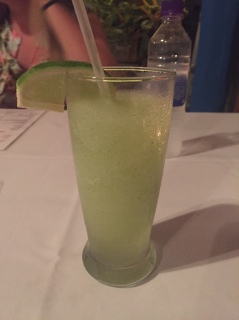 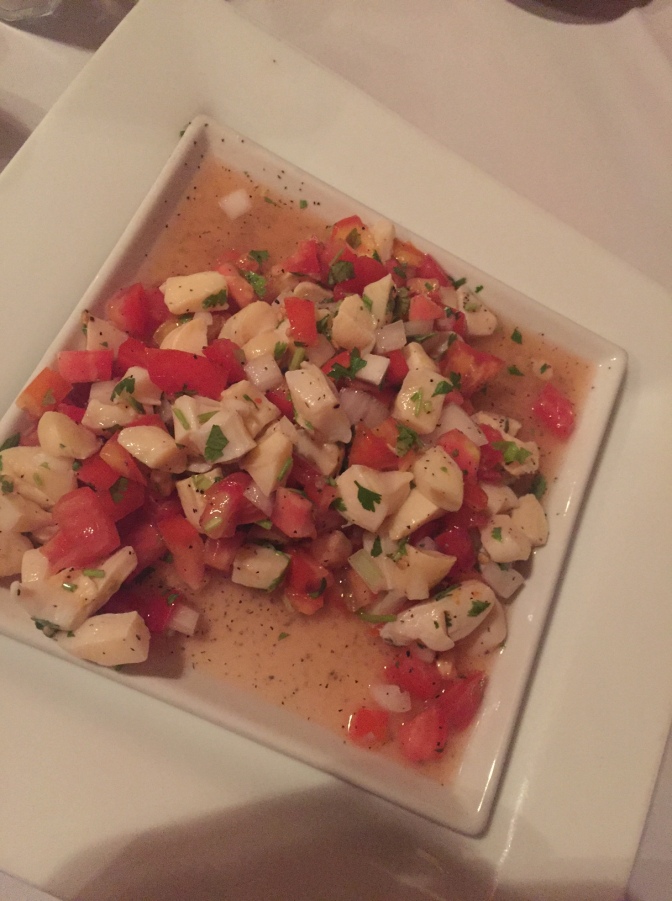 It’ll definitely cost you but eating out in Belize is worth it. When drinking out try rum punch at a “nicer” establishment and stick to Belikin beer at the more casual places. 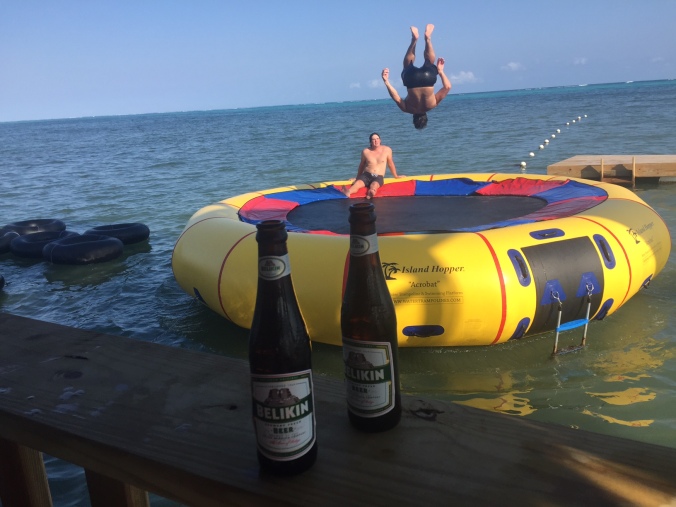 What’d I do differently next time:

I would not forget my boardshorts. Jean shorts are a stupid swimsuit cover up.

I would buy/bring a rashguard/sun shirt. The sun is harsh and there is little shade to find no matter where you are. Sunscreen up every hour. I’m in the last stage of the sunburn peel right now.

If we had more time or had the trip been different circumstances I would have liked to go to the mainland and explore the Mayan ruins.

Family reunions in exotic tropical locations are definitely my new favorite thing! Can’t wait for the next one!