It’s not very often I can get my husband to go to the movies with me so I was super excited when he not only agreed to go see Love & Mercy at Cinematique at Thalian Hall last week but also go for tacos before hand. Double win! Tacos and Beach Boys? Yes, please! 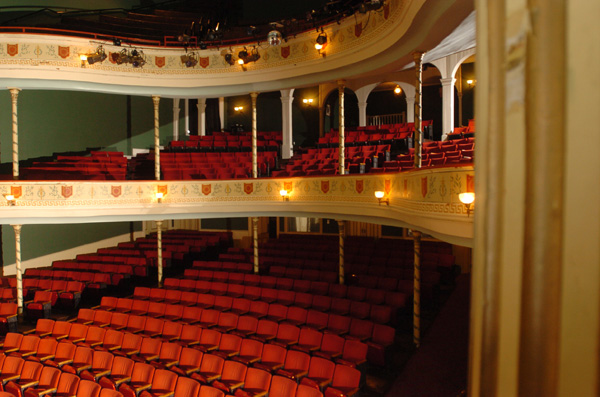 I grew up listening to the Beach Boys a lot. There are one of my dad’s favorite bands and the radio always got cranked up when one of their songs came on. I can see him in the kitchen, getting burgers ready for the grill, drinking a Sam Adams in his frosty beer stein, yelling “Oh, Katharine! Turn this one up!” I would run down the hallway to his bedroom and turn the volume dial on his stereo system (one of his great sources of pride and joy). I’d hurry back to the kitchen to see him singing along and we might dance for a few moments, attempting swing dancing. These memories of Sunday nights when my dad always mowed the lawn and grilled in the backyard with the Oldies radio station turned high are the ones I treasure most.

Despite my ability to sing along to many Beach Boys songs, I have always fallen short in my knowledge of the group. Let’s be honest, music trivia isn’t really my strong suit. It’s impressive when I’m able to listen to song that I know very well and identify it. Regardless I knew very little of Brian Wilson’s interesting story.

I found the movie really well done. It did focus on the parts of his life that are more dramatic. It touched very little on his first wife and his children which I would have liked to know more about. It also skimmed over the period in his life when he completely broke down and focused more on the aftermath. But maybe those moments are better for another medium than this movie.

What I loved was the significant chunk of the movie that was devoted to watching him create Pet Sounds. It was awesome to see how he worked and the way he was able to bring so many elements together. I bought that album sometime after college in a period where I was trying to expand my horizons. I wanted to be cooler and I thought becoming familiar with key American musical masterpieces would be beneficial. I remember being amazed at how different the album was and how much I liked it more than anything else I’d heard by the Beach Boys.

Last year one of the songs earned a special place in my heart when it became our first dance song at our wedding.

Every since we watched the move last week, I’ve had this song on repeat. Can’t stop, won’t stop! (I’m listening to the Beach Boys right now actually…)