And yet this week he’s gladly eaten eggplant twice (yes, I didn’t tell him about it beforehand both times). I’m amazing!

The first time I made a back up plan. I made Smitten Kitchen’s Eggplant Calzone but I also made a Sausage, Spinach, and Red Pepper Calzone just in case. Then I wouldn’t be accused of forcing eggplant on him. It wasn’t necessary. So delicious and easy!

I couldn’t recommend this dough enough. Especially after making a pizza with Trader Joe’s ready to go pizza dough this week. Does not compare. 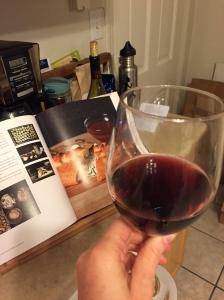 Why dough, don’t you raise quickly as instructed?

Dough, how important is it that you double? Because I’m hungry and I don’t care.

Back up calzone fixin’s! Tasty!

Anyone can find Smitten Kitchen’s Eggplant Calzone recipe. Here’s my…

But you won’t need your back-up calzone because when eggplant’s in a calzone you can eat eggplant anytime.