Sometimes city living is terrible. The traffic sucks.. even on a Saturday. In Austin, there’s always a festival or event to clog up what should be a quick drive. You can never see the stars due to all the light  pollution. It takes forever to feel like you’re out of the city. You’re so close to your neighbor you hear their toilet flush.

But I don’t live in a city by happenstance. Living in Austin in particular was not an accident. City living offers so many opportunities, especially for the individual who is easily bored. Welcome to the land of live music, art, festivals, and warm weather all year long!

In the last couple weeks I got a strong reminder of why I live here. In such a short period of time, I’ve seen not one, not two but THREE best selling authors do a reading and/or lecture. That’s pretty awesome in my book. 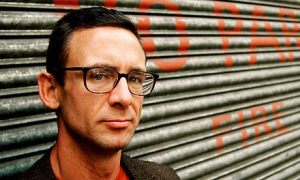 First, I saw Chuck Palahniuk do a reading at The Scoot Inn on the east side of Austin. He did a fantastic reading of a story he’d written for Playboy. From hiswriting I really expected him to be a bit of a perverted asshole. I was completely wrong. He was funny and clever in his speech and reading. He spoke about giving money to no-kill shelters and raising money for a woman who had cancer. Not the distant author I’d expected based on works like Fight Club and Choke. 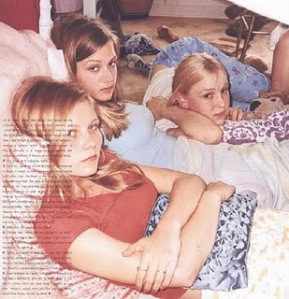 Definitely a tough act to follow, but Jeffrey Eugenides gave a great reading at Bookpeople only a few days later. I’m a huge fan of Middlesex and I have an appreciation for The Virgin Suicides. I have no idea is Eugenides’ new book will be a hit but the bits he read showed a great amount of insight into humanity and relationships. As he answered questions, it became obvious Eugenides is a thoughtful, quiet but extremely clever man. He took every question head on and incorporated humor into each well thought out response. 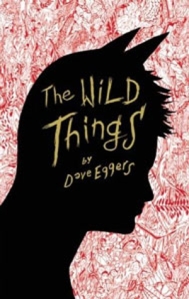 Now, I didn’t think I was going to get to see this one at all. I got put on the wait list and completely wrote it off. But as fate would have it, sitting at the Jiffy Lube on my lunch break I got a call from the library at Southwestern University asking if I was still interested in a ticket to listen to Dave Eggers. Hell yes! Absolutely fantastic. This author is only 41 years old but has written some phenomenal best sellers, is a publisher (McSweeneys), and a philanthropist. He was 2008 TED prize recipient. He’s only 41! Do you know how much I’d have to work every day for the next 16 years to accomplish what he’s done? There’d be no time to actually go to work or even catch a nap. I was absolutely flabbergasted when I couldn’t find anyone who knew who Eggers is. If you don’t know look him up! It’s worth the time. I’ve only read A Heartbreaking Work of Staggering Genius but it’s fantastic. Next on my list is What is the What, a story of one of the lost boys of the Sudan.

In Austin, there are so many opportunities to get even a small sampling of culture. We get so caught up in the music scene but there’s art, theater, literature, dance and so much more. If only I had time for everything!